Adrian Anantawan performs, speaks, and teaches around the world as an advocate for disability and the arts. He holds degrees from the Curtis Institute of Music, Yale University, and Harvard Graduate School of Education. As a violinist, he has studied with Itzhak Perlman and Pinchas Zukerman, and Anne-Sophie Mutter; his academic work in education was supervised by Howard Gardner. Adrian has performed extensively in Canada as a soloist with the symphony orchestras of Toronto, Nova Scotia, Winnipeg, Saskatoon, Montreal, Edmonton, and Vancouver, and presented feature recitals at the Aspen Music Festival and Weill Recital Hall at Carnegie Hall. He has also represented Canada as a cultural ambassador in the 2006 Athens Olympics and was a featured performer at the Vancouver 2010 Winter Olympics Opening Ceremonies.

Adrian helped to create the Virtual Chamber Music Initiative at the Holland Bloorview Kids Rehab Centre. The cross-collaborative project brings researchers, musicians, doctors and educators together to develop adaptive musical instruments capable of being played by a young person with disabilities within a chamber music setting. He is also the founder of the Music Inclusion Program, aimed at having children with disabilities learn instrumental music with their typical peers.

From 2012–2016, he was the co-Director of Music at the Conservatory Lab Charter School, serving students from the Boston area, kindergarten through grade eight—his work was recognized by Mayor Marty Walsh as a ONEin3 Impact Award in 2015. Adrian is also a JUNO Award nominee, a member of the Terry Fox Hall of Fame, and was awarded a Diamond Jubilee Medal from Her Majesty Queen Elizabeth II for his contributions to the Commonwealth. He is the current Chair of Music at Milton Academy and on faculty at Boston University Tanglewood Institute during the summer. 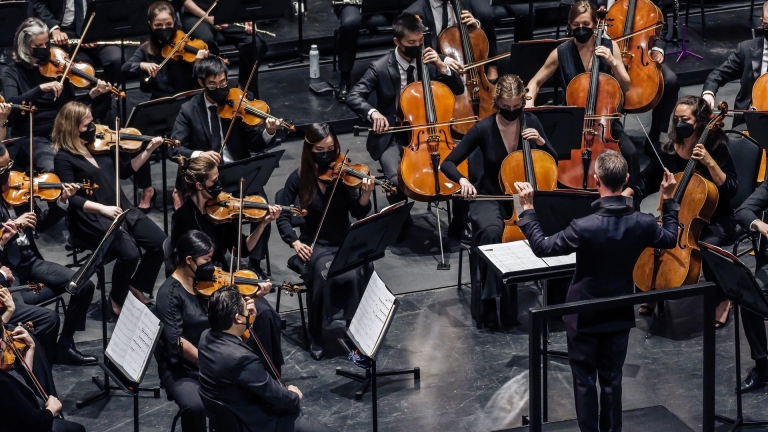 Play it forward! A bold and innovative new professional development initiative for talented emerging and early career professional orchestral musicians from around the world.